What Is Wild Camping? 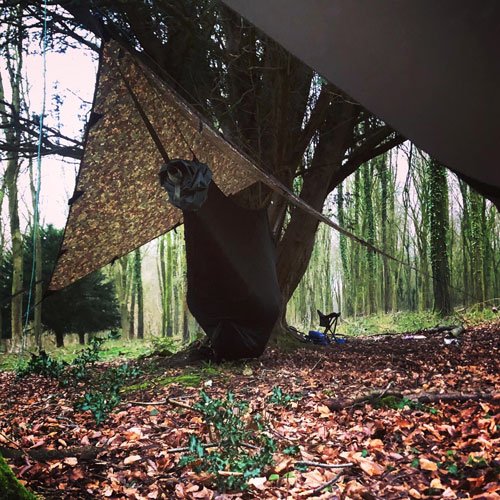 With the growing popularity of enjoying the freedom of the great outdoors. Hiking, walking, mountaineering, general survival is not just a trend. Even mainstream television is cashing in, with celebrities popping up like Ray Mears, Ed Stafford, Les Hiddins and Bear Grylls.

Camping is an activity in itself, not just a place to lay your head. Campsites and glamping pods slot in nicely with your chosen outdoor activity. What could better than breathing in the crisp, clean welsh air sleeping under the stars after a day on the wave at Surf Snowdonia?

For those who like to increase the adventure and the unknown, not being confined to designated camping areas and having the freedom to pick the perfect camping spot. More and more individuals are turning to Wild Camping.

I stumbled across wild camping while on a whim, I decided to motorbike from the UK to the office in Germany. Not making it one night to the planned spot and tiredness taking its toll, I was forced to bunker down under a tree. The contrast to being packed into a campsite full of tents with your neighbours’ camp metres away, was incomparable.

Wild camping is illegal in England without the landowners permission. Despite many areas of natural beauty being classed as public spaces, staying the night and pitching up camp is classed as trespassing. In Scotland the Land Reform act in 2003 states you can camp on public hill land as long as you’re at least 100m from any road (whilst taking all rubbish with you when leaving). It refers to being on foot, bike or other non-motorised form of transport. Similar rules apply in Dartmoor.

It is always best to seek permission, although camping is tolerated as long as you stick to the etiquette and remain discreet. This is similar in some European countries. In England and Wales, Wild Camping is only legal with the landowners permission and in some mountain districts there are grey areas. In the Lake district, the official statement is “Wild camping on unenclosed fell land, remote from the roads, is generally accepted if undertaken responsibly by small numbers of people.”

Wild Camping in the UK and Europe

As a general rule, you want to pack light and plan for the number of days you expect to be in the wilderness. Check the weather! There’s nothing worse than not having some essential piece of kit especially if it leaves you cold, so consider the following. 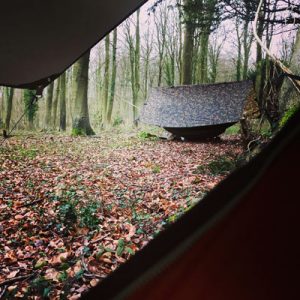 This will vary depending on the purpose of your camping trip and may evolve the more you camp. A one-man tent or two-man if you’re a group. A hammock and tarp, or simply a bivvy bag on the floor. Comfort at night is essential for a good nights sleep so pack a sleeping mat no matter what your choice of cover. If you’ve made an effort to find a remote spot, no doubt you’ll have a walk in the morning. Staying warm takes priority over pack size so ensure you check the season rating on your sleeping bag. Some are more tolerant to the cold than others but once you feel the cold it’s hard to get warm again on a night outdoors. 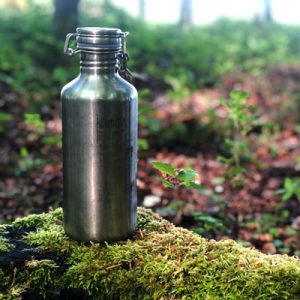 Your choice of food and drink is often led by your chosen camping experience, daytime activities and number of nights you plan to be under the stars. Some food types require more equipment and water is heavy to carry. Take food such as dehydrated or wet food that can be eaten hot or cold. Carry only the water you need and plan to source more for longer trips.

Some form of outdoor stove is an essential part of your camping equipment. Even if your food can be eaten cold, boiling drinking water safe for drinking is vital. A gas burner, a liquid / gel fuel stove or even a biomass burner. It’s easy to get carried away with cooking equipment you won’t use, so a spork, boiling pan are essential kit. 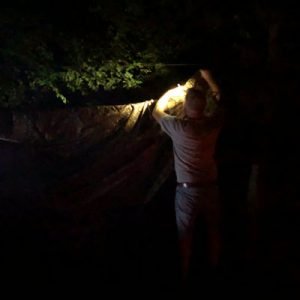 In the UK we are blessed with long days for many months of the year although a head torch is an essential piece of camping equipment, preferably on with a red light for a Wild Camp. You’ll often be setting up as it becomes dark, leaving early doors and undoubtedly, you’ll need to get up in the night.

On the ground or in the air, you can’t get away from those insects! Mosquito spray, a built-in mosquito net or an over the head net will keep those bugs at bay.